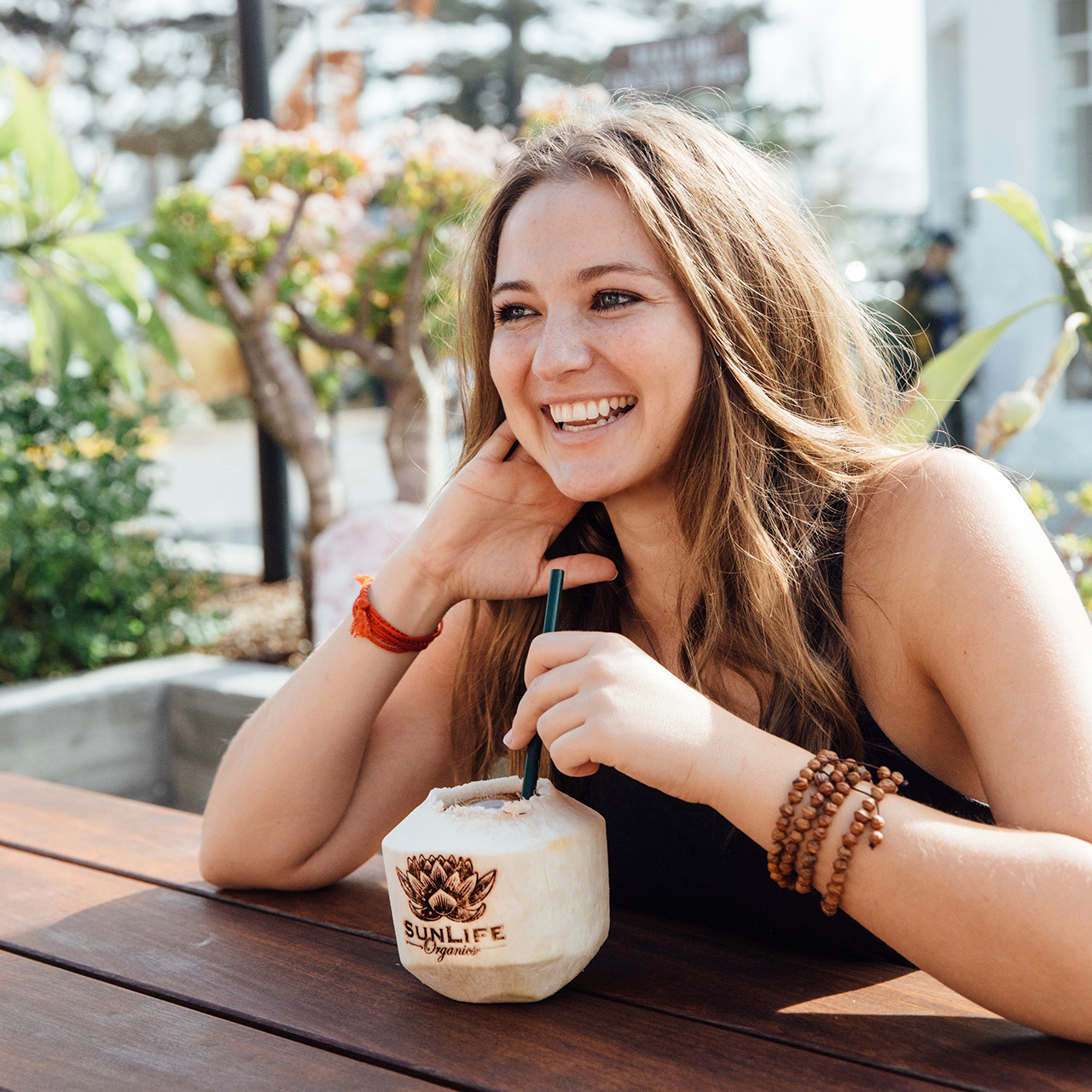 Through the ins and outs of co-founding and building a company from the ground up, Hayley Gorcey (SunLife Organics) has manifested something truly magnificent. So why doesn’t it always feel like it?

Sometimes it takes a little more than R&R to get back to your best self. Follow along Hayley’s journey of reflection, made possible by unplugging, traveling, and ultimately gaining a truer sense of being.

At the end of 2017, I was 29 years old and running a company I co-founded at just 22. Even with seven locations, hundreds of employees, and millions of dollars in sales to show for my efforts, I felt completely lost. I had accomplished and produced so much, yet I felt utterly confused and disconnected.

After almost 30 years, it was clear that no one was going to just hand me all the space I needed to connect with myself – I had to find it and protect it like it was my job. So, I deleted the Instagram app, stopped watching television almost entirely, and took six weeks off from work for the first time ever. I also got very familiar with Airplane Mode.

I needed to know who I was, without any points of reference or comparisons, and without any other voices telling me who I was or how they expected me to be.

While technology has provided us with so many incredible advancements and conveniences that give us back more time and space, it’s also created an endless array of ways to fill that space back up. I didn’t set out to lay off it for a specific amount of time, but before I knew it, that first day turned into a week, then a month, then a year.

As it turned out, I had a lot more space available to me than I initially thought, and spacious living became a more permanent lifestyle choice for me. I began to hear what I’d longed to hear most: my own voice. I started to feel a sense of ease and clarity like I’d never experienced before. My relationships began feeling deeper and more fulfilling, including the one I had with myself.

When we talk about wellness, we talk a lot about food, exercise, sleep, etc. But what I think is often overlooked as a key tenet of wellness is authenticity and how to nurture it— giving yourself the space in an increasingly noisy environment to get to know who you are, what you need, what you have to say, and how you want to say it.

I think most people’s wellness goals are to naturally and intuitively make the most nutritive choices for themselves. How much easier would that be if you actually took the time to get to know yourself and what truly nourishes you?

Time is finite. For everything we say yes to doing, we are, for that split moment, saying no to everything else. With this in mind, it seems to make less and less sense that we would choose to expose ourselves to things that make us feel lesser, envious, disdainful, disappointed, or unfulfilled. But maybe all of those reactions are really just that subtle voice inside asking you to set down your phone, switch off the TV, and shut the laptop.

Your Soul has something to say. You are here for a reason. You have something meaningful to contribute. And the answers to all your burning questions may be different than they were 10 days, weeks, months, or years ago. You just need to leave the space for it all to be revealed in the most miraculous way.

So, the next time you have a free moment, instead of engaging auto-pilot and falling into your typical time-filling rituals, see what happens when you don’t try to fill the space with anything at all.

Map Out Mother’s Day: Shop, Dine & Treat Her to the Best

Show her how much she means to you. It’s no secret that moms do a lot for us. It could be your mom, someone who…

What To Do, See & Eat This Spring

The season of new beginnings is in full bloom. Take advantage of the springtime sunshine with Instagram-worthy photo ops. Indulge in the mouthwatering menus of…

Your favorite restaurants are excited to open up their doors! The most recent health and safety regulations allow for indoor dining to resume at 25%…